A PPP service is normally a global service, considering that the orbit and clock products are themselves global. This is true as long as the tracking stations used for the computation of the products are distributed worldwide. In this case, there is good visibility of the satellites along all their orbits, and the accuracy of the orbit and clock estimations does not depend on the location. This may pose some limitations as there are mainly two options:

1. To deploy a global network of stations, this may be complex and expensive to operate for a regional service provider

2. To relay on an external orbit and clock provider, this may limit accuracy, real time capabilities and multisystem approaches

GMV has overcome this problem as magicGNSS is able to compute their own orbit and clock products using a regional network of stations. In this case, the accuracy of the orbits and clocks is slightly degraded but this degradation occurs mainly outside the area where the stations are deployed. Inside this region, the combination of orbit and clock products is such that the positioning performances are good. Indeed, it is possible to achieve positioning performances at the same level as with a global network. This opens very interesting possibilities to regions already operating networks of GNSS receivers (e.g. for RTK), as they can deploy a PPP service using their own resources. Such service could complement RTK for areas far away from any of the base stations requiring much less stations than a classical RTK approach for the same level of precision.

In order to demonstrate this concept some tests have been performed over different regions. The following example illustrates the PPP performances that can be achieved using a regional network of only seven stations over a relatively small country like Japan. 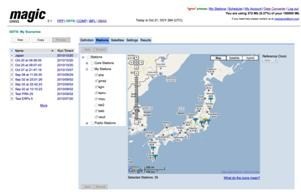 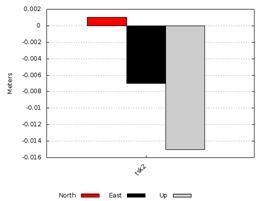 Fig. 5: Network of stations in Japan and differences between the coordinates estimated using products computed with the regional network and global IGS orbits

It can be observed that PPP solutions based on regional networks, even for small regions, are as accurate as PPP solutions using global networks. This opens new ways for providing precise positioning services at regional basis.

In order to evaluate the PPP performances that can be achieved with regional navigation satellite systems, a simulation tool has been developed based on the analysis of the covariance of the PPP associated processes. It is an evolution of the covariance tool developed for analyzing OD&TS processes, described in Reference [1]. The PPP simulation tool has been validated and calibrated by comparing the simulated results with PPP results in real GPS and GLONASS scenarios obtained with the magicGNSS PPP service, see Reference [2].

The regional navigation constellation that has been used as an example for analyzing the PPP achievable performances is a LCNSS (Low Cost Navigation Satellite System, see Reference [3]) constellation with 9 satellites, 3 geostationary satellites in longitudes 24.5º E, 82.1º E and 128.8º E, and 6 satellites in geosynchronous eccentric inclined orbits, in 3 different orbital planes, optimized for maximizing the navigation performances over India. The inclination has been set to 63.4º, and the eccentricity to 0.6. The ground tracks of the constellation satellites have been plotted in Fig. 6 below. 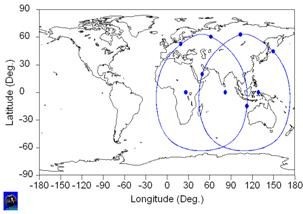 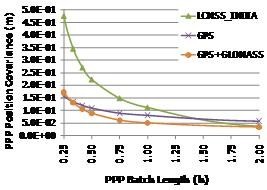 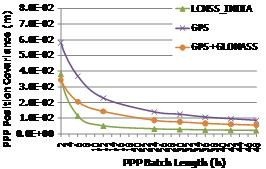 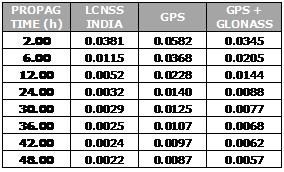 This apparently surprising result, can be justified considering the following two facts: first, with the regional navigation constellation alone, it is difficult to estimate the tropospheric zenith delay for time periods shorter than 2-4 hours, and second, due to good visibility conditions of the considered regional navigation constellation, the station-satellite passes are relatively long, and thus, the ambiguity resolution is more accurate than for the GNSS satellites, especially for long batches.

This means that regional navigation constellations can be used for some PPP purposes, such as scientific applications, which demand high precision, but in which the convergence time is not the most stringent requirement.

Regional navigation systems are providing excellent performances for applications requiring extreme accuracy. This would only be possible if very precise orbits could be computed. Regional navigation systems are based on geosynchronous orbits, either inclined or equatorial. The computation of precise orbits for satellites in geosynchronous inclined orbits can be done by using classical methods, based on the use of the navigation signal and ground stations. It is more complex to compute precise orbits for geostationary satellites. The relative geometry between the geostationary satellites and the ground stations does not change, which makes it very difficult to discriminate any bias that may be present in the measurements leading to high correlations between orbital parameters and measurement biases or clock parameters.

A simulation tool validated with real data has been used to assess the orbit determination accuracy that can be achieved for each of the satellites in the constellation, see Reference [1]. The same 9 satellites regional constellation optimised over India introduced in the previous section and the 4 stations tracking network depicted in Fig. 8 below have been used for this orbit determination accuracy analysis. 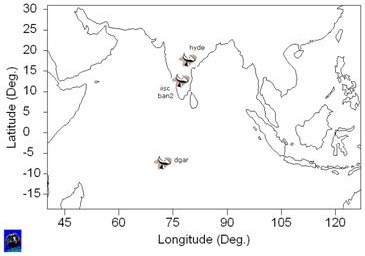 The achieved orbit determination accuracy is represented in Fig. 9 below. Satellites 1, 2 and 3 are geostationary satellites, and the rest are all in geosynchronous, eccentric, inclined orbits (GEIO). 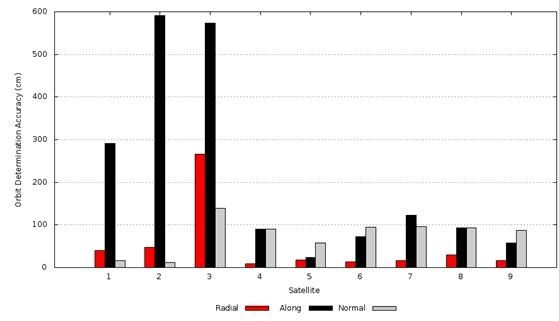 Fig. 9: Orbit determination accuracy for the nine satellites in the constellation. Satellites 1, 2 and 3 are geostationary satellites

The only way to improve the OD&TS process for the geostationary and geosynchronous satellites is by improving the tracking geometry. This may be done by taking benefit of the eccentricity of the satellites in inclined orbits, and consequently by using measurements between the satellites. To do that it will be assumed that the satellites are emitting a navigation signal with a transmitter located in the side facing to the Earth, and that the satellites are also equipped with a navigation receiver placed on the side facing opposite to the Earth. A tracking visibility of 180 degrees has been assumed for both, transmitter and receiver. It shall be noted that for this analysis only geometrical considerations have been taken into account. A more detailed analysis is needed to analyse the impact on the satellite, receiver and payload design.

Fig. 10 bellow illustrates the OD&TS accuracy that could be achieved by using only four ground tracking stations (as depicted in map in Fig.8) together with inter satellite ranging measurements: 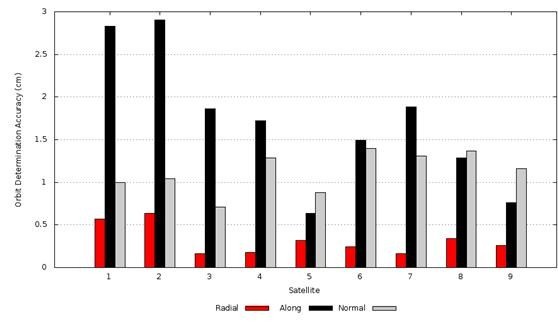 Fig. 10: Orbit determination accuracy for the seven satellites in the constellation. Satellites 1,2,3 are geostationary satellites

It can be concluded that it is feasible to compute very accurate orbits (a few centimeters) and clocks for all the satellites in the constellation. This is possible thanks to the use of inter satellite ranging using the navigation signal and consequently minimizing the complexity of the overall system.

One of the main advantages of the proposed approach is the reduced number of ground stations required; in this analysis only four of them have been used. It is important to notice that due to the regional character of the constellation there are some locations from where it may be possible to have all satellites in view during certain time periods. This opens new possibilities for computing real time navigation message parameters.

• PPP is becoming an alternative for precise positioning even in real time applications.

• GMV has developed magicPPP, an infrastructure ready to be used as COTS to be installed in any region of the world, which provides about the same accuracy as current RTK systems, both for static and dynamic users, requiring significantly less number of stations, reducing consequently the deployment and maintenance costs

• magicPPP works with a regional network of stations, and is highly flexible for selecting the location of the stations facilitating the possibility of doing precise positioning in remote areas.

• Regional navigation constellations can be used for some PPP purposes, such as scientific applications, demanding high precision but in which the convergence time is not the most stringent requirement

• The use of inter satellite ranging is fundamental for the operation of regional navigation systems, in particular for the precise orbit determination of the satellites in geostationary orbits