How would the world look like if you were standing on an arbitrary point on earth? It is not easy to imagine, how a randomly chosen location would look like since most pictures that come into our mind are somewhat special: our home, Piccadilly Square, a picture from National Geographic, or a photo that had been taken on top of a famous summit.

In order to get an unbiased view of the world the following attempt is being made: each of the latitude and longitude integer degree intersections in the world are visited, pictures are taken at each location, stories about the visits are collected and posted at a website. Altogether there are 64,442 intersections – let us call them “degree confluences” since these are the meeting places of latitude and longitude degree lines. 21,543 confluences – almost exactly one third (33.4%) are on land. Ignoring those confluences without view of land and after thinning out the poles region which has an impropriate density of degree intersections, still 16,194 confluences are considered as worthwhile visiting – in the following denoted as “primary confluences”. 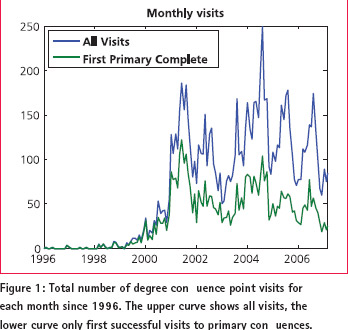 Standing on any point on Earth, there is always one confluence within 79 km radius. Typically, confluences are about 100 km apart. Using the WGS84 system that includes the mathematical GRS80 ellipsoidal model of the Earth we find that the distance between degrees of latitude varies from 110.57 km at the equator to 111.69 km near the poles. The distances between longitude lines continuously decrease from 111.32 km at the equator towards the poles. However, the locations are reasonably well equidistributed for representing the earth, but also creating a huge task for reaching them. This is in particular the case, because the confluence locations go against all human infrastructures.

The pictures and stories are collected at the project website www.confluence.org. One of the project’s principles is to keep the confluence points as they are. Any changes made by visitors – e.g. leaving souvenirs, or even placing markers, sign posts, cairns is considered as polluting of the confluence and visitors are encouraged to follow the policy “take nothing but pictures, leave nothing but footprints”.

It all began in February 1996 when the US-American citizen Alex Jarrett used his new hand-held GPS receiver in order to reach the nondescript location 43°00’00”N 72°00’00”W. After bicycling 16 km and a bit of a hike he was able to exactly locate and document the spot. An then he posted his pictures of the confluence to a website that showed some snow covered trees of New Hampshire’s winter. From there snowballing began. Alex visited another confluence in May of the same year, in the following year the number of visits doubled to 4. Other people joint the project quadrupling the number of visits each year, so that in 2001 the tremendous number of 1513 postings had been reached. Since then, progress continued at a constant rate between 1000 and 2000 postings each year. Figure 1 shows that the total number of confluence visits each month has been approximately at a constant level for the last 6 years. Clearly, there is an obvious yearly cycle with a summer-peak and a winter low. Figure 2 verifies the tendency to visit confluences in summer is twice as high as in winter. Apparently the northern hemisphere with its Lion’s share of confluences attracts more confluence hunters – causing a summer peak. 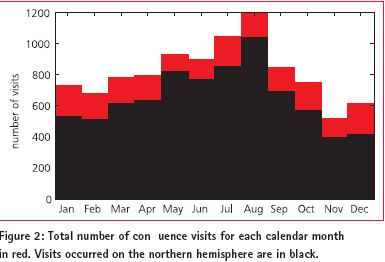 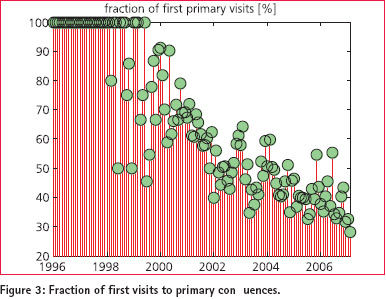 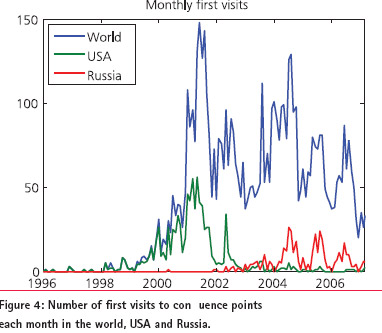 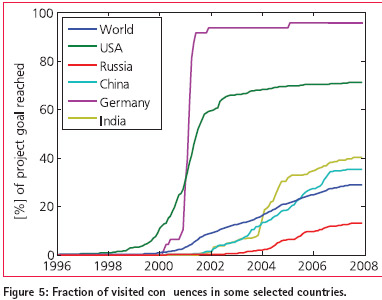 Even though the total number of visits hasn’t changed, progress towards the project goal has in fact slowed down. After taking revisits out of the statistic in Figure 1, we find that the actual rate of first conquers has halved within the last 5 years. Figure 3 shows that more and more postings tend to be revisits – bringing the fraction of first visits down to 30% from initially 100%.

The project progress differs largely in from country to country. As can be seen from Figure 4 and 5, initially all of the world’s first visits had been occurred in the USA. The passion for confluencing reached Europe in 2001 and Russia in summer 2004. From Figure 5 it is witnessed how quickly Germany (as a comparatively small country) was captured almost totally within one single year. The USA still remains 25% incomplete due to remote Alaska. Densely populated countries such as China and India find more and more enthusiasts –now being finalised by 40% they have overtaken the world average in terms of reaching completeness. However, huge remote unpopulated areas such as the Himalaya region in China and the Siberian tundra in Russia will prevent those countries completion for quite a while. Confluencing tends to be a hobby for the weekend when twice as many visits occur compared to weekdays, see Figure 6. 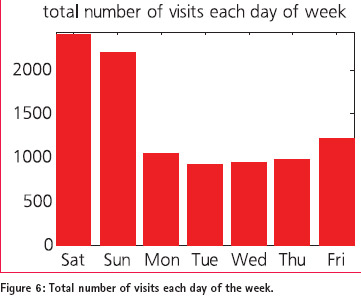 Figure 7 discovers an astonishing correlation: the upper part of the figure shows each of the world’s confluence visits as a square. The brightness of the pixels is according to the number of revisits. The bottom picture is based on totally different data, showing the earth by night in a composed picture from NASA. Central Europe, the USA, Japan are clearly the brightest regions in both pictures, whereas central Africa, the Brazilian jungle, Greenland and Antarctica both times are represented by dark spots. Only for some touristy regions such as New Zealand and the Western USA confluencing activities are ahead of the emitted light in the region. Apparently, key factors such as Gross National Product (GNP) and population density seem to be the main drivers for both, light emission and confluence visiting. 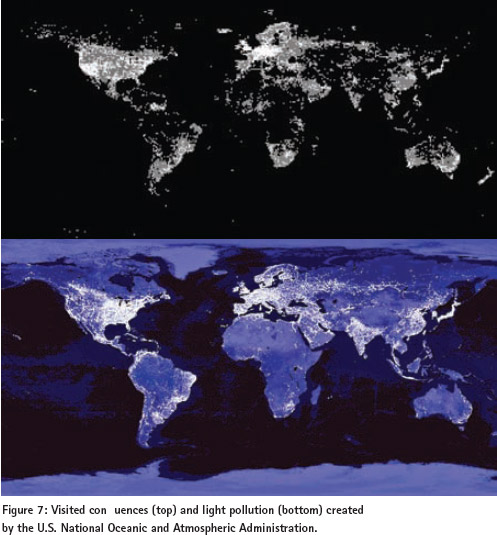 Figure 8 presents the distribution of confluences by latitude. Antarctica causes all intersections at latitude 78°S or further to the South Pole to fall on land. But almost none of these Antarctic confluences have been visited. Figure 9 focuses on the percentage of finalisation, showing that for latitudes between 40°S and 30°S almost all confluences have been visited by some Australian, South African and Argentinean enthusiasts. At the equator as well as close to the poles, finding integer degree intersections seems to be rather difficult due to remote jungles, swampy tundra and ice. The two main peaks in Figure 9 indicate that temperate zones are preferable regions for confluencing. 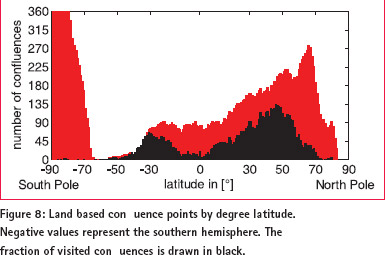 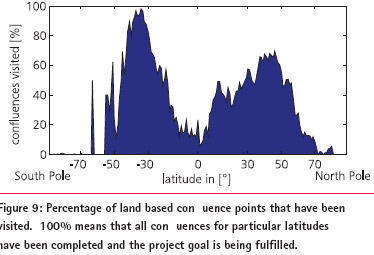 The reported accuracies of locating confluences are driven by two key factors: the minimal distance at the nearest point and the GPS accuracy. Initial positional accuracies had been around 10-30m, but after removal of selective availability in May 2000 accuracies improved to 5-10m. Nowadays with the help of augmentation systems accuracies of 1-5m are typical. In the year 2012, assuming availability of 35 Beidou Navigation Satellites, 18 GLONASS satellites, 30 Galileo satellites and an improved GPS, positional accuracies of less than a meter can be expected. With 107 satellites in the sky, positional service will cover deep canyons and forests. Even today a fix position solution is oftentimes possible for confluences that are located in forests or valleys but accuracies are low due to shading of satellites.

Figure 10 shows how close confluence visitors were able to reach their target. The maximum at 5m correlates well with the positional accuracies for current hand held GPS receivers. The other peaks at 10m, 20m and 30m are caused by rounding and imprecise reporting.

What confluence has most unsuccessful attempts?

36°N 112°W, Arizona, USA has 7 unsuccessful attempts due to its location in the Grand Canyon. This point in the National Park is tempting for many visitors, who then fail 200m from the goal at almost vertical Coconino Sandstone. The second rank is taken by confluence 41°N 112°W near Salt Lake City in Utah with 5 attempts. The salt march of the Great Salt Lake forced five visitors to abandon their mission. 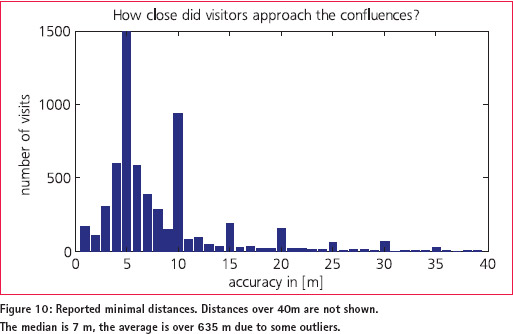 Which confluences had most visits?

Expectedly, these frequently visited confluences are located close to megacities and easily accessible.

Which confluence had most visitors?

What are the highest confluences?

Unfortunately, the most reliable and exact source for altitude data today, the SRTM 90m survey, does not provide information for this area. Therefore Google Earth – a less reliable elevation data source – was used, introducing an uncertainty about the ranking of these confluences. So the ranking will stay a mystery until these points have actually been reached.

What are the highest successful confluence visits?

What is the lowest confluence? 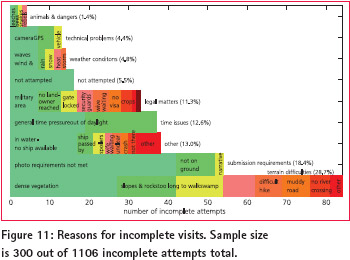 Imagine that you need to explain to a landowner in Kiswahili what the meaning of visiting integer degree intersections is – in particular if your conversational partner has never seen a GPS receiver nor a map either.

In one out of three visits, the actual confluence location could not be reached due to obstacles like trees, houses, fences, dogs, rivers, cost lines, swamps, ice, cliffs, legal matters, heat, dehydration, exhaustion, laziness, time pressure, breakdowns, land mines, broken vehicles, miring, dead ends, confusion, spoilers, impatience, underestimation, missing daylight, empty batteries, broken GPS, altitude sickness, mosquitoes, radioactivity, military areas, cultural differences, language barriers, policemen, monetary claims, exorbitant prices, landowners, missing stamina or unbearable looks of bewilderment. According to the rules of the confluence project, visits with a minimal distance of more than 100m are regarded as incomplete. 9% of all submitted visits are stated incomplete, but the fraction of unreported attempts may well be over 20%, since the willingness of publishing own failures is usually low.

Why do visitors give up?

The reported motives for incomplete visits are given in Figure 11. This survey shows that difficult terrain is the main reason for capitulation (29%), in particular dense vegetation, slopes and rocks prevent explorers to reach their goals. Another 18% fail to submit their visit correctly. 13% get into time trouble, 11% don’t get permission to access the confluence, 6% seem just not serious about their attempt and the rest is caused by weather conditions, technical problems and dangers. Consequently, disappointment can be avoided observing the following rules:

1.) Study land use and topography. Determine distance from the nearest town, road, track and trail.

3.) If your map shows your confluence being located in the water, organise your ship prior to arrival, successful swims (see 55°N 24°E) are rare exceptions.

4.) Be an early bird – you may run out of daylight as it always takes longer as expected.

6.) Check the weather forecast. Flooding, ice and heat are the major reason for disappointment.

7.) Bring a residual camera and GPS receiver including spare batteries. Heat, dust, salt, humidity and ice increase the chance of a technical problem.

When will the project get finished?

At the time of writing 10,970 unvisited primary confluences out of 16,194 that belong to the project goal are waiting to be reached. Currently, the rate of first visits to primary confluences is 1-2 a day, or 500 a year. Assuming a linear trend, the last confluence should be visited in 22 years, i.e. in the year 2030. However, when it comes to finish the last 1%, I predict a clear slowdown: as can be seen an asymptotic completion for individual countries from Figure 5 this may well be valid for the whole world. Imagine that the very last unvisited intersections may need special permission due to restricted areas or they are just extremely unattractive for a visit. This fact could postpone a completion beyond the year 2050.

All data was obtained from the website confluence.org using a short Matlab script. The html of all visits was downloaded by the command urlread(‘http://www. confluence.org/confluence.php?visitid=1’),

where the variable “visitid” was looped from 1 to 15,000. The relevant data such as latitude, longitude, date, accuracy etc was then extracted using regular expressions (regexp).