The Japanese Cabinet Office issued an official announcement recently approving plans to procure and finance construction of the ground control system and the operation of the next phase of the Quasi-Zenith Satellite System (QZSS). Procurement is going to be carried out using PFi(private finance initiative) scheme. The construction of the space segment itself is excluded from the operational control segment PFi, but a description of the overall QZSS system design and current implementation schedule is included in a requirements and standards document that accompanied the announcement. The requirements document specifies that check-out of the on-orbit QZSS SVs and the ground system must be finished by March 2018.

Department of Geomatics Engineering of Yanbu Industrial College has linked Yanbu and SaudiArabia to the Multi- Global Navigation Satellites System Network (MGM-Net) of the Japan Aerospace Exploration Agency. (JAXA). The Agency has accepted the application of the Yanbu Industrial College to host one of the !4 Multi-Global Navigation Satellite Receivers in the world. The site can be a key station for the MGM-Net. The establishment of MGM-Net by JAXA is under international collaboration as part of “Multi-GNSS Demonstration Campaign”. The installation of the Multi-GNSS Monitoring receiver in Yanbu, will enhance the applications of GNSS within the region.

Authorities say differences between GPS systems in the U.S. and Canada were behind the international bridge construction error this summer that severed a wastewater discharge pipe. A spokeswoman for the New Brunswick Department of Transportation tells the Bangor Daily News ( http://bit.ly/Spyivw) the GPS coordinate system upon which surveys typically are based is different in the U.S. than in Canada.
http://www.boston.com/news/

As the FAA begins to detail plans to take the National Airspace System from ground-based navigation systems to satellite technology, the agency has committed to creating an advisory group urged by AOPA and others to help set key guidelines for the transition.
The FAA said it had accepted the recommendation to set up the advisory group in published responses to stakeholder comments on its proposed provision of navigation services. In December 2011 the FAA invited comments on its plans to transition from ground-based navaids to satellite-based navigationin particular the details of its planned technological departure from VOR and other legacy navigation aids.
http://www.aviationpros.com/news/

In-Store navigation is finally here The retail drug store Walgreen’s in USA has been working with a company called aisle411 to develop an in-store navigation system customers can use on their smart phones. The app, which will work on all smart phones, will provide a more convenient shopping experience for customers. Essentially, customers will be able to use their smart phones to see a type of birds-eye view of the store and the aisles to see where they are and easily zoom in and find what they’re looking for.
http://www.business2community.com/

China successfully launched another two satellites into space for its indigenous global navigation and positioning network. They were the 14th and 15th satellites for the Beidou, or Compass, system.
http://news.xinhuanet.com/english/

With India moving ahead to implement satellite-based navigation system from next year, an industry expert has suggested this futuristic facility could be leased to neighboring countries to help them navigate their air traffic.

GAGAN – a joint project by Airports Authority of India and ISRO conducted the Final Acceptance Test in July, paving the way for its scheduled commissioning in mid-2013.
“The technology can be leased by India to neighbouring countries to manage their air traffic as well as overfl ights. Leasing will generate substantial funds for India,” William Blair, President, Raytheon India, said.

In July’12, a team of AAi, ISRO and Raytheon completed the Final System Acceptance Test of GAGAN in Bangalore. The certification by the Director General of Civil Aviation (DGCA) is scheduled soon after completion of the Operational Testing performed by AAiin 2013.

“GAGAN will be the world’s most advanced air navigation system and further reinforces India’s leadership in the forefront of air navigation,” Raytheon Network Centric Systems Vice President Andy Zogg said in a statement.

Apple Maps: On a road to nowhere 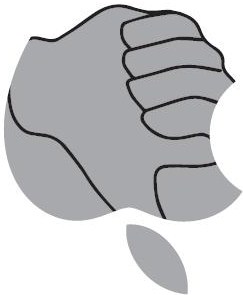 Mapping and navigation is at the heart of how we use smartphones today. By extension, the Apple Maps app is at the heart of iOS 6. And so Apple’s decision to swap Google Maps for Apple Maps in its new operating system was bound to attract some attention. Unfortunately, imperfection is unavoidable and inherent in any map, indeed in any geographic data. Imperfection begins with the map data. In Apple’s case, the underlying map data are supplied by TomTom.
Using a process called map matching, today’s navigation systems can reliably identify which road a vehicle is driving on and which intersection comes next (high topological accuracy). This is even the case when the coordinate positions encoded in the underlying map data and generated by GPS contain quite substantial errors (low positional accuracy). Another facet of imperfection is the currency of map data. In a constantly changing world (new roads, new buildings, moving businesses, renamed stadiums) map data needs to be maintained. So imperfections are unavoidable in our maps, our map data, and the procedures we rely on to organise and search that data. Merely making maps digital does not make them correct.
http://theconversation.edu.au/