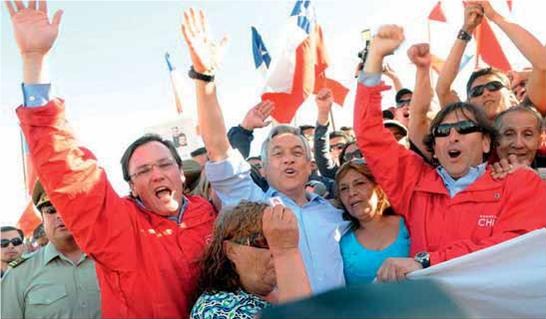 Mines and accidents have been intertwined since time immemorial. But the Chile mining accident has become a watershed. Not because of the accident itself – this was no different from the many that have taken place across the world over the years. It is a pivotal point for the response it invoked and for focussing the attention of the world on issues related to mining safety.

The miners are safe now and the Chilean President Sebastián Piñera said they were rescued with “unity, faith and hope”. Another important ingredient of the whole rescue drama was technology – without which all other factors would have been helpless.

Every obstacle, every challenge in the 69 day ordeal was overcome with the help of technology. Equipment, expertise and experts from around the world worked together round the clock on the rescue mission.

When the main shaft of the Copiapó mine in San José collapsed on the 5th of August 2010 it was uncertain how many men were trapped inside the mine. Next day the count of missing men was pegged at 33, though their fate was unknown.

It was only with the help of a 3D representation of the labyrinth of underground shafts, generated by a team from Maptek, that possible ‘refuge’ locations of the missing miners were zeroed on. The Maptek team also helped to design the direction and orientation of the exploratory boreholes that were drilled to try and locate the miners. 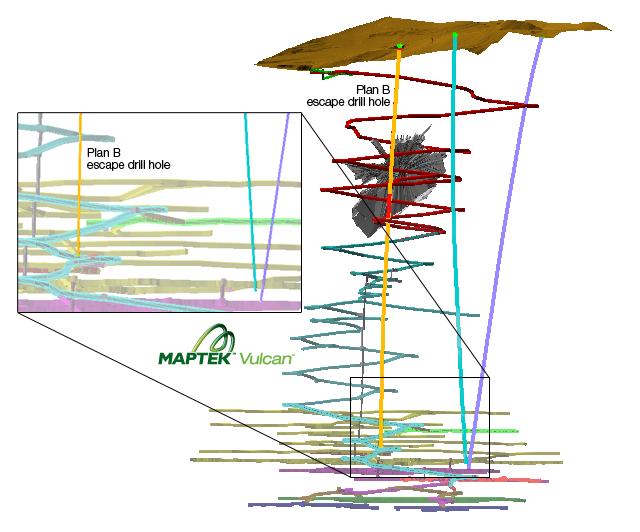 A Vulcan 3D model was the basis for accurately targeting the location of the miners trapped underground. (courtesy – www.maptek.com)

On the 22nd of August 2010 the drill bit of the eighth borehole came back up with a message from below – “We’re alright in the shelter, the 33 of us”. After an agonising 17 days it was finally confirmed that all the 33 mines were alive.

In the future technology using advanced sensors and beacons could help pinpoint the location of trapped miners almost immediately after an accident. Sensors could also help the drills to navigate directly to the refuge locations and would not have to depend on outdated maps. Robots and escape vehicles fitted with sensors would be able to negotiate through smoke and gas to reach survivors.

In the present it took weeks to drill an escape tunnel. Three teams worked with different drilling equipment on three plans – A, B and C. It was the Schramm T130XD used by the Plan B team that first reached the trapped miners with its widened shaft on the 9th of October 2010. It took another two days to put in place the winch and pulley system that would operate the rescue pod Fénix 2. The NASA engineers and Chilean Navy had custom built three pods for the rescue, eventually only one was used.

In the weeks that the rescue operation took shape the trapped miners were put on a strict regime to keep them fit physically and mentally. Three grapefruit sized boreholes became their points of contact with the outside world and their means of survival. All material was exchanged with them through a borehole in five foot long capsules nicknamed ‘palomas’ meaning doves. Here again technology enabled the rescuers to design in miniature form or redesign everything that was needed by the men trapped below.

Operación San Lorenzo or Operation St. Lawrence (named after the patron saint of miners) to retrieve the miners began on the 12th of October 2010. The mine’s shift supervisor at the time of the accident, Luis Urzúa was the last of the 33 miners to come out. President Piñera personally covered the rescue shaft to signal the close of the operation.

Kelvin Brown from Perth based Reflex Instruments who was part of the rescue team has been quoted saying – “Only a matter of time before another mine disaster”. It is not just our mines, all around us there are disasters ‘waiting’ to happen. It is our preparedness and response to each disaster that will determine the final outcome – happy or fatal. The keyword therefore seems to be ‘preparedness’ – plan for the worst and hope for the best.

This article has been written with the help of information available on the internet. The author would especially like to acknowledge – Wikipedia, TechNewsDaily, Maptek and WA News.
-Shubhra Kingdang