PND vs mobile Is landscape shifting?

On the back of recent announcements by Google and Nokia signaling their intentions to provide free turn-by-turn satellite navigation as applications on their smart phone devices, it is more clear than ever that the satellite navigation industry is on the brink of experiencing drastic changes. Once an industry dominated almost entirely by Personal Navigation Device (PND) manufacturers like Garmin and TomTom, mobile device manufacturers are emerging as a force to be reckoned with.

The increased importance of smart phone manufacturers in the satellite navigation industry is a direct result of two trends – a natural tendency towards device convergence and an increase in demand for Location-Based Services (LBS). In a world governed by Moore’s Law, in which increasingly powerful devices predictably become smaller and cheaper, there has always existed a trend towards device convergence in the realm of consumer electronics.

Device convergence happens consistently, as what was once an independent product becomes just a feature in a set – the combination of an email client and a telephone yield the Blackberry, adding a digital music player and a camera to the Blackberry yields an iPhone. With this trend in mind, it was inevitable that GPS and 3G-enabled smart phones would sooner, rather than later, incorporate turn-by- turn navigation applications, once only offered in PNDs. The inevitability of smart phones entering the satellite navigation industry is further driven by an increase in demand for LBS as in an increasingly interconnected world, ‘where’ people do things is becoming as relevant to consumers and marketers as ‘what’ it is that they are doing. Of course, the eventual success (or lack thereof) of smart phones in the industry is not to be taken for granted.

As in any case of device convergence, the combined tool must perform each task at least as well as the stand-alone device or at the very least, the benefit of convenience must outweigh the loss of functionality. While smart phones, primarily due to their inferior GPS technology and reduced screen sizes, are not yet able to fully substitute PNDs, they are also bound by other critical success factors that may further impede user acceptance around the world.

The uptake of smart phones as satellite navigation devices relies primarily on three key factors – the availability of affordable devices, the affordability of data plans and the reliability of the 3G infrastructure. While in certain advanced markets, like the United-States or Western Europe, for example, smart phones and data plans may be affordable to the average consumer, this is far from true in emerging markets, like most of South- East Asia. Also in stark contrast to the experience of the average American user experience, the issue of data roaming charges in markets in which cross-border travel is frequent can have a significant impact on the affordability of the 3G connection required for most turn-by-turn applications on smart phones. Meanwhile, while the 3G infrastructure is clearly much more ubiquitous and stable than ever before, its reliability is even being called into question in the United-Sates as more and more mobile devices are using it to surf the internet and are consequently overwhelming its current capacity.

With the rise of the iPhone and other smart phones, netbooks and the awaited emergence of tablet computers that all rely heavily on 3G networks, issues of dropped calls and general connectivity problems are all due to worsen and could impose a real obstacle for the use of 3G-reliant smart phones as satellite navigation devices – at least until network providers upgrade their network infrastructure to 4G.

What the future holds

Understanding the inevitable rise of smart phones as satellite navigation devices as well as the factors that will determine their eventual success, it is interesting to take a moment to ponder about the possible effects of this shift on the players involved. Smart phone device manufacturers and application developers seem determined to take as much market share as possible from PND manufacturers by offering their turn-by- turn applications for free. However, these new entrants should not assume that consumers will automatically accept their all-in-one device offerings. It was, for example, assumed that camera-phones would substitute digital cameras; instead, the two are now complimentary products. On the flipside are PND manufacturers that, while they need to be alert to the rising threat from smart phones, but also need to understand that the future is not as challenging as it may seem at first glance. The decreasing cost of PNDs, the currently low penetration levels in emerging markets and the rise of affordable in-car navigation systems all represent areas of growth for PND manufacturers. In particular, PND manufactures would do well to exploit their inherent advantage in the driving navigation segment, a result of their bigger screens and non-reliance on network infrastructures. In terms of the companies that produce the underlying maps used across navigation devices, the future looks bright. Creating a good map database is very costly and difficult and it therefore seems likely that any company looking to provide satellite navigation services – smart phone and PND manufacturers alike – will continue to look to purchase the underlying maps from third parties. With all this in mind, it can be concluded that while the underlying trends and drivers are clear, the winners and losers are far from picked. The winners will be those who can appropriately assess and take advantage of opportunities and defend their positions against emerging threats. These companies will need to develop strategies based on a robust understanding of the new environment, looking at both their internal capabilities and matching those with the demands of the evolving landscape they compete in. 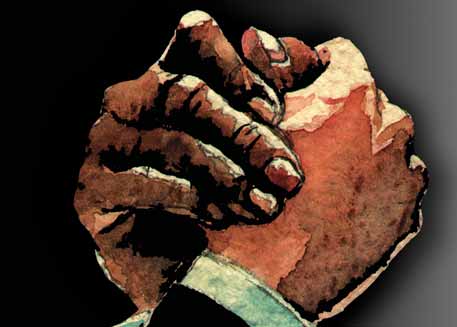 The PND is destined for extinction

Attempts to predict the growth, success and uptake of technology are rife. Accurate predictions, less so. “There’s no reason for any individual to have a computer in his home”, said Ken Olsen, then founder and CEO of DEC in 1977. “I think there is a world market for maybe 5 computers” is apocryphally attributed to Thomas Watson of IBM in 1943.

It’s easy to say “well … duh” with the benefit of hindsight in 2010 but consider this. The first generation of in-car GPS units appeared in 1996. If anyone had told you that 14 years later you’d be running something infinitely more sophisticated and customisable, more powerful than one of Olsen’s DEC VAX computers that I started out on, on a device that you stuck in your pocket and which, by the way connected to a global network of computers and was also a telephone, you’d probably not have believed them or suggested that at a minimum they cut their coffee intake back.

Fast forward back to 2010; the big two mapping data providers, Teleatlas and Navteq, have both been acquired, Garmin, once synonymous with GPS is looking increasingly less and less relevant and both Google and Nokia are offering full turn by turn navigation on mobile devices, for free.

So how will this play out? What will dominate? PNDs, telematics dashboard “info-tainment” systems or mobile phones? It’s probably going to be all three but not in their current form thanks to the headlong convergence of computer, phone, camera, internet terminal and PND.

In 1996 the first GPS navigation systems were the preserve of the high end, executive car marques; both prestigious and viewed as a luxury commodity they were the precursor of today’s infotainment consoles. Skip to 2004 and TomTom’s GO was one of the first of the now ubiquitous PNDs at commodity prices. Six years later and GPS enabled mobile phones are capable of running the same, turn by turn navigation systems but for free and they come preloaded with the handset. Sensing that most consumers are unlikely or unwilling to pay for a dedicated PND when they can have a free navigation system on their mobile the market is reacting and we’re seeing the first interfaces between smartphone and info-tainment consoles such as that from Harman and Nokia (http://www.gpsbusinessnews.com/ Harman-and-Nokia-to-Interface-Carswith- Smartphones_a2248.html).

Surely this means that we’ve come full circle and moving back to in-car based systems? I doubt it. The mobile offering has all the advantages; multi modal routing, pedestrian routing, your music collection, a camera, a phone, an internet console with email and social media apps yet none of the disadvantages; additional subscription cost, another gadget to carry, only works in the car.

The mobile phone and the in-car console are here to stay; the PND is destined for extinction. But like Messrs. Olsen and Watson, I could be wrong.

The PND is best suited for navigation

The Portable Navigation Device, mobile phone navigation and embedded factory navigation all play a role and each has its own unique benefits and tradeoffs. Which system to recommend really comes down to segmenting the market and understanding user requirements. Let’s briefly look at each solution space and discover where it might provide an optimized solution.

The PND has seen explosive growth over the past 4 years. Penetration has reached a point where it is no longer a curiosity for the gadget minded, but a mass market tool that can be relied upon to save time, money and nerves. Mass adoption has come with much lower prices which enables consumers to buy their second and third products which are left in the car, not circulated for family use. As single use device, the PND is best suited for its designed purpose: navigation. It does very well at this. But these affordable systems come with strings –or more accurately, with wires and suction cups.

Navigation on a smart phone is not a new concept, but it has taken off with the launch of app stores. As a multi use device, the smart phone provides the convenience of providing access to many applications. These phones don’t come cheap even if maps are “free”. When network costs area added up, a smart phone can be many times more expensive than a PND. Also, the navigation experience on these devices is not always as useful as a purpose-made device. Small screens and poorly tuned interfaces require user focus which can contribute to driver distraction. Applications are often poorly integrated resulting in conflicts between other features of the phone. Smart phone navigation might be best suited for the occasional/casual user. It is an attractive alternative for the pedestrian, where driving safety is not compromised.

The embedded factory navigation system is best suited to deliver a cleaner and much more convenient implementation. The device is always there in the vehicle. In vehicle systems are also better suited to include voice activated interfaces which reduce driver distraction. Vehicle data can facilitate other services such as eco-routing, eco-driving and to enhance driving economy and driver safety. All these conveniences come at a higher price at the time of vehicle purchase. But some of the cost of on-board navigation can usually be recovered when the vehicle is sold. Also, it has been found that vehicles sell 16% faster when they are equipped with navigation.

Garmin addresses all three embodiments of navigation. Whether it is a nüvi PND, a nüvifone or a Garmin factory navigation system, the central focus is intuitive ease-of- use and a robust navigation experience