On the estimable parameters for selenodesy with space VLBI

Space Very Long Baseline Interferometry (SVLBI) is an extension of the ground-based VLBI technology to space, which involves a simultaneous observation of the same radio source by two stations; one on the ground, the other being space-based. It could not only overcome the baseline length limitation problem specific to ground-based VLBI technology, with a great improvement on the observation resolution, but could also directly interconnect the important three reference systems (that is Terrestrial Reference System, Celestial Reference System, and the Dynamic Reference System). These advantages imply tremendous potential for SVLBI in space geodetic applications. The successful launch of Chang’e-I lunar probe makes it possible to place a VLBI antenna on the lunar probe some day to form ground-space VLBI observations. As an important component of the Chinese VLBI Network (CVN), Urumqi astronomical observatory will play an essential role. Based on all these factors, it is necessary for us to investigate the mathematical model with SVLBI observations in selenodesy studies. 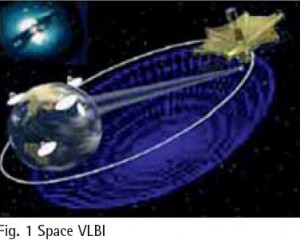 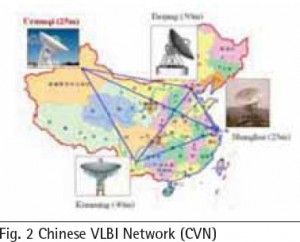 The orbit of lunar probe can be divided into phasing orbit, cislunar transfer orbit and circum-lunar orbit. According to the coordinate systems corresponding to different orbits, here we demonstrate the phasing orbit and cislunar transfer orbit as cislunar period, with earth satellites as its probe; and illustrate the lunar orbit as the circum-lunar period, with lunar satellites as its probe. 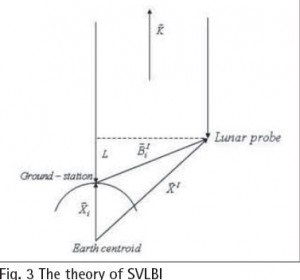