While GPS offers a ubiquitous, precise, and reliable positioning and timing service to much of the world, in many cases this service falls short. Anyone who has walked into a building with a GPS receiver actively displaying a location is aware of the immediate effect of the loss of signal. While this is an extreme example, there are numerous other examples not so severe, yet just as inconvenient. Surveyors working in heavily wooded areas, aircraft operating next to terminals, and trucks trundling through tunnels all experience degradation of service in varying degrees. These deficiencies are well known by users in each of the fields employing GPS, and to the U.S. Government which operates GPS. Assured and real-time positioning, navigation, and timing (PNT) in physically impeded environments have been identified in the US National PNT Architecture (link: www.acq.osd. mil/nsso/pnt/) as a capability gap to be addressed in next generation PNT services and systems. Must users wait for these PNT improvements, or can action be taken now? The authors believe there are indeed practical steps that can be taken now to mitigate many of these issues. The steps to be taken can occur both at the national level and at the local levels in which each application is implemented. 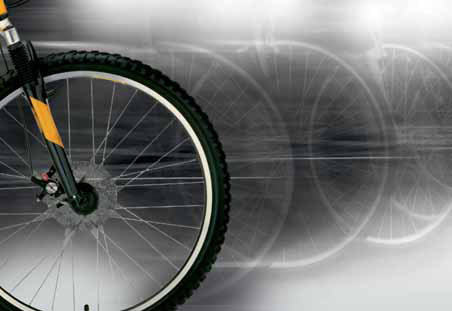 At the national level, the U.S. Government is now poised to implement the objectives of the National PNT Architecture. In this phase the architecture team proposed that smarter methods be investigated and adopted in implementing space-based navigation services. Today the tendency is for people to use global navigation satellite systems (GNSS) in one way, namely to provide independent estimates of user position and time states. The result is that GNSS is identified as having limitations when it comes to short term outages. These outages could be due to intentional or unintentional interference, masking, attenuation, ionosphere scintillation, obscuration, and multipath. With multiple independent phenomena occurring simultaneously, the result can be repeated breaks in phase tracking and an inability to resolve carrier phase cycle ambiguities. A solution for many is to launch more satellites or add additional signals to fill in these gaps. But there are techniques which can be used that do not require more signals, but in fact make better use of the signals that already exist.

Some of these techniques, such as Integrated navigation systems – that is, integration of GNSS with inertial measurement units (IMU) or with visual sensors, – are very well known These can result in complex and expensive systems. Another path only beginning to be explored is the use of partial, even fragmented, information.

Neither temporarily high dilutions of precision (DOP) nor gaps in sufficient satellite counts should readily translate into loss of service. An overabundance of satellite signals so far has produced receiver designs having a high dependency on frequent full fixes. Justifications offered for such designs include exploitation of the full benefit from that abundance, self-sufficiency of receiver autonomous integrity monitoring (RAIM) with overabundance, and conceptual simplicity. Thus we routinely demand five satellites for fault detection and six for fault exclusion ─ with each subset of four having low enough geometric DOP (GDOP) to provide accurate instantaneous position. A reduction in availability necessary to support these capabilities has widened with satellite aging and vulnerability to interference. It is widely acknowledged that in future interference environments, more satellites cannot guarantee invulnerability. It is thus imperative to explore means of providing robust solutions that don’t require expensive upgrades to the constellation or to users nor dramatic scientific breakthroughs.

Fortunately there are low-cost solutions, containing multiple ingredients. We identify a survey of these ingredients here, and provide the reader references to a more detailed treatment of each.

For centuries we have worked from the basis that our ancient mariners would have never reached their destinations if they had insisted on full fixes. Clearly they used partial data on many an occasion ─ and for a half-century we’ve known how to do that optimally. The first key, then, is for today’s user-segment to capitalize on that self-evident opportunity. For example, allowing alternative communication paths, such as Mode-S squitters described in references 3 and 4, to send pseudoranges (with carrier phase adjustments and bandwidth-reduction methods currently in development) would instantly:

• enable usage of information that is lost in today’s “all-or-nothing” demand for full fixes,

• minimize or eliminate garble in a crowded environment [see reference 5], and

• allow participants to account for effects ignored in conventional approaches.

This last item yields a host of benefits. The most obvious is accounting for not only estimator covariances (that is, correlations between – and unequal variances of – errors in different directions, plus nonuniform sensitivities to each measurement), but dynamics. There is a dramatic reduction in latency effects while providing precise streaming dynamic history from 1-sec sequential changes in carrier phase − with no need to resolve integer ambiguity, and with the ability to continue operation through gaps in phase track continuity As if all that weren’t enough, 1-sec changes are insensitive to errors in instantaneous SV location; only the change over 1-sec needs to be precise and, for multi-constellation interoperability, it clearly doesn’t matter whether a 1-sec change came from GPS or any other satellite group (any timing difference, just as any integer offset, cancels from 1-sec subtraction). Furthermore, ionosphere/troposphere adjustments change so little in one second that 1-sec changes need no mask angle — a highly significant geometry benefit.

Protection against signals with large ranging errors is readily obtained. Each individual 1-sec phase change and each pseudorange can be acceptance-tested by single-measurement RAIM, which has been shown in full conformance to both Kalman estimation and rigorous matrix decomposition for parity. Thus we are free to reject any measurement at any time without rejecting every measurement at that time. For those hesitant to use that feature (e.g., due to unfamiliarity), the single-measurement RAIM tests can readily be followed by conventional (multi-SV) testing; nothing is lost.

All these issues and more have been validated in flight, with and without an IMU. We are quite confident that this is a compelling list of features − and there are still more than this limited space can contain.

Not yet flight-validated but firmly established in algorithmic form, and presently undergoing development, are ways to capitalize on these improvements for collision avoidance. Traffic Alert and Collision Avoidance System (TCAS) azimuth information lacks both accuracy and timeliness, thus necessitating last-moment disruptive, potentially dangerous, and often unnecessary climb/dive maneuvers. By communicating pseudorange measurements with adaptations as described above, repetitive dynamic trim commands could produce closest-approach separations in the horizontal plane combined with a gradual climb.