“Canada partners India to unleash the power of GIS” 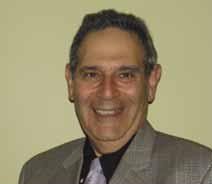 What is the role of Natural Resources Canada?

Natural Resources Canada (NRCan) helps shape the important contribution
of Canada’s natural resources sector to our economy, society and
environment. The segments on which NRCan focuses are forestry,
energy, minerals and metals, and Earth sciences, including geomatics,
geoscience and related industries. Canada’s natural resources industries
are high-tech, innovative and growing.They are global leaders in productivity
and have developed innovative technologies and world-class niches
in all aspects of natural resources. Although it is the provinces of
Canada that own the natural resources within their borders, NRCan plays a
role in areas of federal jurisdiction including fi scal policy, international
trade and science and technology.

Canada is a leader in Earth Science. Comments?

We are known as a leader in Earth Sciences because of the way we
manage land and natural resources and for applications of
science and technology. We endeavor to ensure a
better quality of life both at home and abroad and hence would
like to share our experiences with other countries. We are working in
partnerships with other countries for mutual benefi ts and growth.
Tell us about GeoConnection. GeoConnections was established
as a national partnership in 1999 involving the federal and provincial
governments. The program provided $CAD60 million in federal funding
towards cost-shared partnerships with governments, non-government
organizations, universities and, in particular, the private sector.
These partnerships developed ourc ountry’s spatial data infrastructure
as a collaborative endeavour – focusing on technological innovation,
framework content development and the implementation of standards
and policies that promote exchange of spatial information. The federal
investment leveraged a total of $150 million in activity by 2005
and resulted in the backbone infrastructure that now supports
a wide array of applications.

Where does India stand in your international partnership strategy?

India has been one of the first countries with which we began
cultivating a partnership to share our knowledge
of spatial data infrastructure. It was nearly four years ago that our
Minister came to India to establish and strengthen the relationship.
Since then we have come a long way. There have been several visits
from our departments and there have been many discussions on the
capabilities and potential of working with private sector of both countries.
We also have been involved in helping develop India’s approach in
building its National Spatial Data Infrastructure (NSDI). The process
started in the NSDI Agra workshop, held in November 2003. Since
then, the federal government, along with Canadian companies, have
been working very closely with the Government of India on this issue.
In addition, we have jointly launched a study to develop an
integrated disaster management system for India, again with the
involvement of the private sector.

In which direction is the Indo-Canada relationship moving?

Geomatics and geospatial information are essential for development and
we are collaborating on several projects and initiatives to share
our experiences in this fi eld. Let me give you some examples.
In addition to NSDI that I discussed earlier, we have recently entered
into an agreement with the Punjab Government to develop its agriculture
geospatial information and dissemination system. We are also
discussing with the Government of Andhra Pradesh a similar project but
focused more on drought conditions. In the area of public health, we are
working with the Geological Survey of India (GSI) of the Ministry of
Mines in developing strategies for mitigating the health hazards posed
by arsenic in drinking water. Another initiative that we have with the GSI
is the development of a landslide hazard warning system for India.

What is Canada’s approach and experience towards NSDI?

Canada’s approach recognized the political reality of our country
where the provinces and local governments hold considerable
control over natural resources,public safety issues, health care
delivery and decisions concerning them. As a result, much of the
spatial information developed to support these decisions can be found
throughout those jurisdictions. The Canadian approach – a decentralized,
standards-based infrastructure that promotes the sharing of data from the
closest point to source – is a direct refl ection of our political situation.
I believe this approach works well for any country with a decentralized
administrative structure.

How do you see the developments related to NSDI in India?

India and Canada face similar data fragmentation challenges as
a result of similar parliamentary systems and the division of decisionmaking
authorities between levels of government. As a result, the
approaches and expertise that our countries develop are comparable. I
believe that our Indian partners can learn form our successes but also
from the challenges that we have faced during the last 5 years. In that
sense, I believe that we have what is needed to further our partnership and
share expertise and lessons learned.

What is your opinion on data sharing vis-avis security concerns?

I believe that data security must be taken seriously and that spatial data
infrastructures must be developed to accommodate the sharing of sensitive
information but that security is not a reason in and of itself not to share
valuable information. In fact, the 9/11 Task Force and others have pointed
to the lack of sharing of critical information as a key impediment to
meeting public safety/security goals. As long as the concerns are fully
identifi ed, the proper network security and data encryption methods
can be put in place to ensure that sensitive data is only used by
authorized offi cials. The key is not to use security as a reason to hoard
data but to embrace its challenge, fully realize the implications and
address it through proper measures.

I am very pleased with the growing relationship and feel that there are
many more opportunities that can be developed. There is tremendous
knowledge available in this country and we can help by sharing our
experience and expertise. I also believe that this is an exciting
time for India, with the development of its spatial data infrastructure and
the new map policy released in May of last year, which provides improved
access to geospatial information. I am pleased that Canada is partnering
with India on this important journey to unleash the powers of GIS.